It has been a long time since I worked out in a gym.  When I was in high school I used the schools' gym religiously.  If  memory serves, there was really nothing to it.  It was a small, dirty, stinky room covered in greasy fingerprints.  There was a limit to how many of us could be in the room at one time.  I remember one big, multiple exercise machine in the middle of the room and one rack of dumbbells.  Near the orange cooler of room temperature water was a pile of jump ropes and towels that had seen better days. Things have come a long way since the 80's. 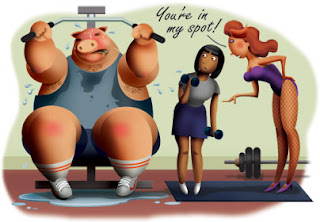 My son Trevor works in a Club Fitness as a certified personal trainer.  He knew I wasn't into the gym experience but, kept asking me to come in and check it out.  I had been inside the facility a couple times and was impressed with the layout of machines, how clean the place was, and I liked the music they had on.  Trevor was persistent and I finally caved last week.  Why the hell did I wait so long? 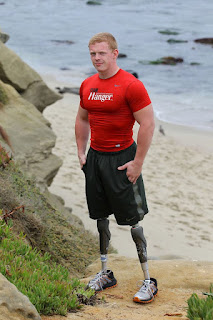 I ride a bike, I like to run, what do I need a gym for, was my mentality.  I have done several boot camps, with 20 others, which I liked, however, this would be my first one-on -one with anyone.  Not just anyone, my son.  I had heard he was very good at working people out, encouraging them, pushing them.  I had no doubts, he is very passionate about what he does.  I made it clear to him that he was not to treat me differently because I was his Mom. At one point he called me "Davis".  I prefer that over " Mother".   Trevor  knows what I am capable of  and I wanted him to put me through the ringer.

He did not disappoint .  My upper body strength is seriously lacking.  It is unfortunate that I have seriously injured both arms, which makes push ups a bit difficult, and basically anything else that requires arms, but I will get through it.  My favorite exercise was the 10 pound sledge hammer beating on the truck tire.  I should have one of those in my backyard.  ( Admit it, there are times it feels real good to beat the crap out of something.   Cheaper than therapy too. ) I have wanted to do a pull up for years.  Trevor introduced  me to a machine that will achieve that goal.  The machine provides a counter weight of your choice as a balance while you do the pull up.  Make sense?  For example, I weigh 147, we set the machine at 80 pounds.  That way I was only lifting 67 pounds in the pull up.  That is my starting point.  With two, one hour sessions a week, I see doing a 'real' pull up soon. 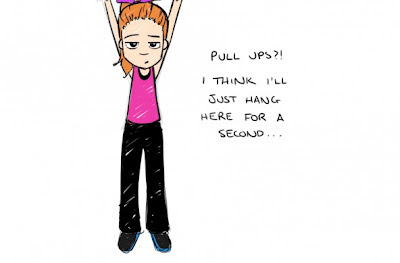 My hour passed quickly and I made my appointments for the next week.  I believe this time with my son is important to both of us.  He is aware of my goals and wants to help me get there.  I can't think of anyone I would rather have to help me.  Together we are an awesome team.