We all know that breakfast is the most important meal of the day.  Why don't people eat it?  I know everyone has their own excuse/reason. Whatever it may be,  I am going to shatter all your excuses and inspire you to eat a healthy breakfast.  Below are pictures of breakfasts I have made for myself and my family.  From start to finish, these dishes took 8-10 minutes to make.  If time is your excuse, wake up ten minutes earlier.  Your body deserves a healthy start of the day and if you start out healthy the rest of your  meals can go in that direction.

Donuts and bagels are a thing of the past for you.  Oatmeal can be boring. You need some healthy options to get you going in the morning and keep you full.  Notice: after eating a donut or a bagel only I was hungry about an hour later. You know why?  I ate carbs and sugar.  Not an ideal meal to begin the day with.

A perfect breakfast for me has a little bit of everything.... protein, healthy fats, a few carbs, and natural sugars.
Oh, almost forgot.  Coffee!  Black coffee!


*** Edited  You can add lean turkey, bacon, or lean chicken breast to any of these.


I hope that gets your creative juices flowing.  Breakfast can be quick and easy by just saving left-overs. A little of this and a handful of that along with a couple eggs or egg whites is a simple breakfast.

Feel free to share your ideas on my FaceBook Page.  You can inspire me too, ya know.

Thanks for reading,
Wendy

You Get What You Give 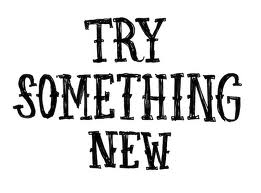 I tried something new at the gym today.  Not because I wanted to, because I had to.  I have been nursing an injury to my right ankle/foot for the past month.  When I take time off from pounding the pavement, or run the trails,  it doesn't bother me. I needed to find another option.  I hopped on the elliptical machine.  I had not been on one in a decade.  These machines have come a long way.  All kinds of buttons and a flippin' tv.  I did not turn mine on.

I think you get what you give with this type of machine.  If you want to talk on your phone or FaceBook, I guess you could do that.  (the ladies next to me were)  But, why would you do that? Don't you pay a lot of money to belong to a gym?  Aren't you here for a reason?   I consider my workout time MY TIME! No one is allowed to interfere. ( unless it's an emergency) I do NOT want to be bothered so,  I leave my phone in the car. I may have appeared very anti-social or stuck-up to those around me. I had blinders on.  I was on a mission.  It was to sweat.  It was to push myself. Try to be better than I was last time.  I owe that to myself.  I owe it to myself to be the best I can be on that particular day. I will not settle. I can do better,I can do more, and I can go longer if I stay focused. 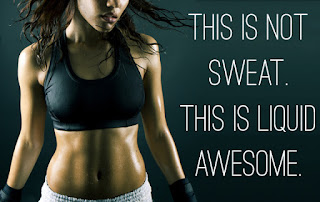 After 6,000 steps, roughly 40 minutes, I hopped off and it felt like I was still on it.  Neither of the ladies next to me had broken a sweat.  I was dripping.  See, you get what you put into it. I walked over to stretch and my son said " that is what you are supposed to look like when you get off a piece of cardio equipment" while pointing at me.  Yes, I looked a hot mess. I smiled real big because I had earned that glisten. After I had 45 minutes of weights, sledgehammer, and pushing the weighted sled, I looked even better.  In my opinion.

While I am not an indoor runner, I think I can be for a while.  I will embrace the elliptical for now, it is better than nothing.  I have a half-marathon, 13.1 miles, trail run on Saturday at 5pm.  Stay tuned to see how that goes.

My mountain bike team puts on an annual non-race, roughly 25 mile bike ride complete with obstacles, at the end of the year.  Three years ago I suggested that the non-racers bring a couple can goods as their entry fee.  That year over 300 cans were donated to Operation Food Search. In 2011, over 200 cans were collected and donated to Hope Food Pantry in O'Fallon. This 2012 year has been the best food drive yet.  Over 500 cans were collected!

After bagging and counting I had to decide where to place all those groceries.  In my research I found that there is a LOT of need out there.  Food pantries are having a hard time keeping up with the demand.  There are many people who depend on them to keep food on their tables.  It's heart breaking to think that many pantries have had to close early or close down entirely due to lack of food donations.
I came across Jacki Dirksmeyer via FaceBook when a friend suggested I check her out.  Jacki's organization is called Feed My Peeps, she began her mission about a year ago. In her own words...         "  FEED MY PEEPS is about moving food and feeding people. We pick up food from local restaurants and caterers to distribute to families with limited resources ."   Jacki has been cooking for most of her life and felt a huge desire to "feed people", which is totally different. She felt that "God (had) made it abundantly clear my (her) path".  After having met Jacki and hearing more about what she is doing I got goosebumps.  You can't miss the passion in her voice as she talks about her work. Plus, you can see how fulfilled she is to be doing it.
Feed My Peeps went into full-time mode when she retired from L'ecole about six months ago.  Jacki has been receiving help from several organizations collecting clothing too.  I took ten minutes in the basement and came up with several blankets and a bag full of warm clothes for a boy and girl.

Jacki could use your help too.  Have some coats laying around?  You could donate them.  Are you handy in the kitchen?  You can donate your time, she does "working Wednesdays", sign up for one.  Her card is below, give her a call and see what she needs.


Writing this made me think.  Can one person really change the world? Maybe....maybe not. I do know that if you can change a persons world for the better you should. Thank you to all who donated.  These groceries are going to help quite a few families. Giving feels good, doesn't it? We should do it more often.

So, what do you want to accomplish this year?  Making New Years resolutions is easy, keeping them is hard.  Especially if they are the same resolutions you make every year.  Try something different this year. Instead of trying to lose weight, educate yourself what is in the food you eat.  If you don't recognize what an ingredient is, google it.  Instead of saying you will start running this year.... start by walking or hiking a trail.  The important part is to get your body moving and keep it moving. Everyday!

Don't set yourself up for failure.  Don't try and give up all the foods you love.
Stop doing things that do not work.  You get the idea. 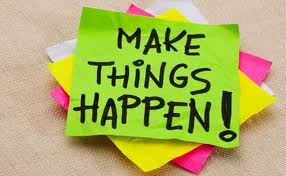 I wish you and yours a very Happy and Healthy New Year!
Now, go sweat!