Tooth Troubles With A Lesson

As I sat in the dentist chair on Thursday Feb 13th I had many emotions going through my head.  I have dreaded going to the dentist since I was a small child.  Through no fault of my own, my teeth have always been an incredible mess.  I was told they were too big for my mouth and that I had a tremendous overbite.  I had fangs (four of them) in the front, and all of my teeth were all crooked.  By the early 1980’s I had a mouthful of metal.  My braces were not the cute little ones (nearly invisible braces were not invented yet) , I had the ugly big bands that wrapped all the way around my teeth.  I had to have five teeth pulled before getting braces.  I had to sport those braces for over SIX years.  I endured the pains of getting them tightened and wearing rubber bands that always broke in my mouth when I opened it.  I didn’t open my mouth often or smile much for that matter. In my senior year of HS they were finally removed.   I went through the next 2 years losing and buying retainers.  I remember buying at least seven retainers over that period and then giving up.  Within a year I was back at the dentist having three of four wisdom teeth pulled.  In case you have lost track… I am almost twenty now. 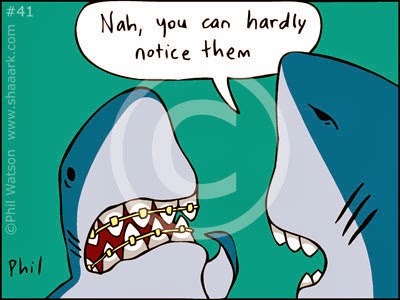 Around age 24 I was back in the dentist chair complaining of front tooth pain. This time my dentist was a woman, she said some awful things to me about how I took care of my teeth. She made me feel like an awful person.  I explained to her that I had been in and out of dentist chairs for many years now and that I did take care of my teeth.  After she cleaned my tooth and gums I never saw her again.  I did not see another dentist for almost two decades.

In 2010 I went on a search to find my then 4yr old a dentist.  I found a great guy not far from the house.  My daughter took to him immediately and so did I.  He answered my questions, looked me in the eye and treated me with respect. Very simply, he just had a way about him that I liked.  I became his patient and went in for my first checkup in almost 20 years.  I had one cavity.  Whew. 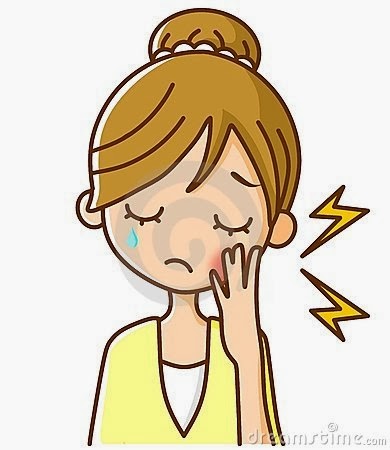 The following year, 2011, the front tooth pain returned in that exact tooth so long ago. Very nervous, I went to see him. Even then he could not understand why it was infected. After further examination, He told me I may lose it.  Tears started to well.  He put his hand on my shoulder and told me he would do the best he could to save it. He put my mind at ease by saying that. However, he went on that he could not guarantee anything, it may last a month or it may last forever.  He cleaned around the tooth, performed some magic and I was on my way.   It was unfortunate that I lost some gum tissue and a small part of my root was exposed.  While it looked horrible at least it did not hurt.  That part of my tooth had been stained from years of drinking coffee and it made the tooth appear to look rotten at the root. There was nothing I could do about it, bleaching it was not an option.  Upon leaving I vowed to take even better care of my teeth.  There was no way I was going to lose a front tooth.

My luck ran out on Tuesday, Feb. 11th.  Brutal pain returned and I was back at the dentist. My checkup two months previously had showed everything was fine. He told me he was surprised that I was able to keep the tooth healthy for the past two years. My mind said,  ”obviously not good enough since it was time for the tooth to go”.  It needed to be removed and then he would file down three of my front teeth to attach a bridge.  I was not excited about this development and terrified at the thought of him taking my front tooth.  I have no expertise in this area.  I left the office with my head hung low and a prescription for Vicodan and some Penicillin. Very sad I drove home.  I felt like a huge failure. I felt ugly.  I could not even imagine what I was going to look like and felt like I was never going to smile again.

The morning of the procedure I went to the gym to get my frustrations out.  I beat myself up all day about having to go through this.  I should have been more diligent.  I should have brushed and flossed my teeth even more.   I continued to tear myself up while I sat in the chair and they explained the procedure again.  My main job was to keep my mouth open, sit still…and hold back tears.  The Dr went to work and the extraction was painless.  He looked at my poor tooth saying “this is a beautiful tooth” and “structurally sound, strong tooth”.  He could not figure out why it was rejecting my mouth.  He put on some magnifying glasses and that is when he saw the small crack.  My tooth had a small hairline crack in it at the root of it.  He asked me if I ever had any trauma to my mouth.  I told him I had not.  He then informed me that this was NOT my fault.  There was nothing I could have done to save it.  I felt a wave of relief wash over me.  He and his assistant went to work and made my temporary bridge and installed it.  I was in and out within 1.5 hours.

I go back in a month and get my permanent bridge. From the looks of it I will be very happy and smiling in no time at all.  The temporary looks great and matches my other teeth so closely that I don't think anyone will ever notice.  I have every confidence that the permanent bridge will be perfect.

I wanted to share my pain with you because I learned something during it.  No one can beat you up more than you can.  I said some horrible things to ME and was way too hard on myself. I can’t take those mean words back, those thoughts don’t just disappear into the air. I should have never been that hard on myself, whether it was my fault or not. I should have never treated ME that way and I should never treat ME like that again.  It has taken me years to learn to love who I am and I almost destroyed all of that hard work because of a tooth.   Silly huh?
Posted by Wendy Davis at 9:47 AM 1 comment: